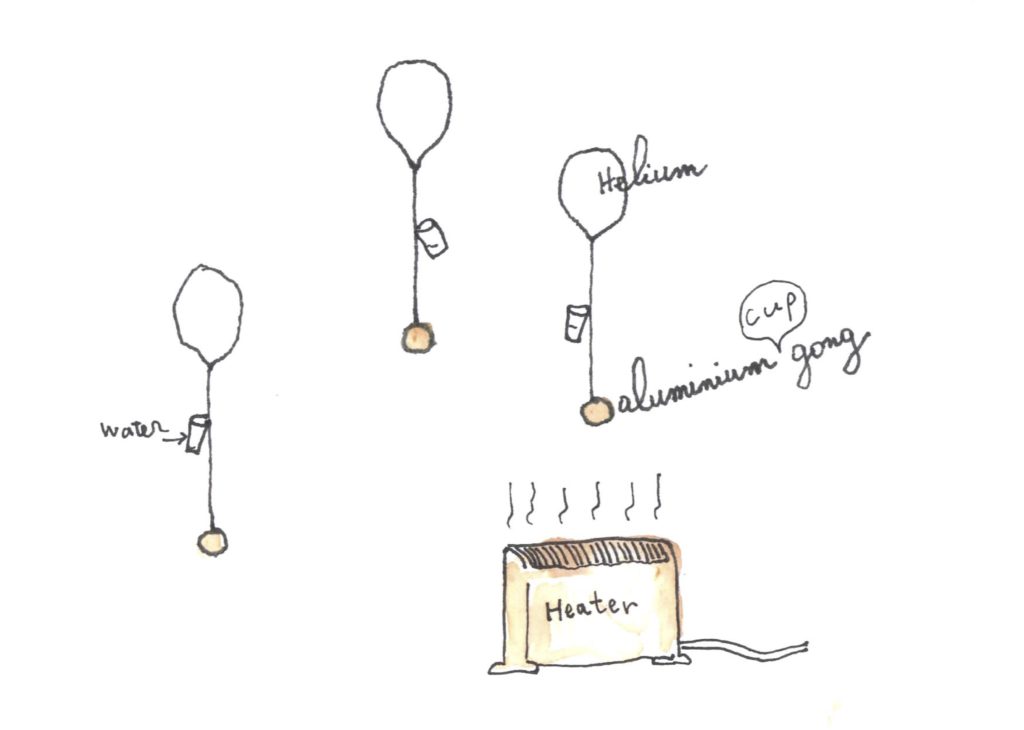 Pierre Berthet & Rie Nakajima have been creating various ways to vibrate things so that their acoustic shadows dance around: invisible air volumes that reshape constantly, move in the space, enter in the most secret places and inside ourselves. A way to get closer to things inherent in spirits is to listen to them. Eventually encouraging them to produce sounds and resonate by various means: to hit, caress, shake, beat, scrape, scratch, claw, boil, clap, rattle, rock, throw, move, magnetize, clamp, cook, pinch, galvanize, motorize, bow, blow, pluck, heath up, let flow, freeze, drop, drip, connect, roll, mix, extend, sing…

Rie Nakajima is a Japanese artist working with installations and performances that produce sound. Her works are most often composed in direct response to unique architectural spaces using a combination of kinetic devices and found objects. She has exhibited and performed widely both in the UK and overseas and has produced ‘Sculpture’ with David Toop since 2013. With Keiko Yamamoto she has a music project ‚O YAMA O‘ which explores music with no genre. She also has a collaborative project ‘Dead Plants/Living Objects’ with Pierre Berthet.
http://www.rienakajima.com/

Pierre Berthet studied percussion at Brussels Conservatory and spent a lot of times in a bell tower, learning carillon and listening to the sounds. Studying with Garrett List (improvisation), Frederic Rzewski (composition) and Henri Pousseur (music theory) at Liège Conservatory in the nineties encouraged him to continue various things he did since his early childhood like throwing objects on the ground, shake them, hit them, caress them to hear what sounds come out ot them. Sounds of water drops falling on various materials always interested him a lot. Slowly slowly he started to prolounge various objects and instruments with long steel wires connected to can resonators suspended in the space, probably influenced by the works of people like Alvin Lucier, Terry Fox, Paul Panhuysen… Learned a lot also by playing several years with Arnold Dreyblatt’s Orchestra of Exited Strings and also by dueting with Frederic Le Junter. Since the nineties he realize and exhibits indoor and outdoor sound and visual installations. Adapted to the place where they are exhibited, they are also materials for live performance.
http://pierre.berthet.be

Realised with the support of: